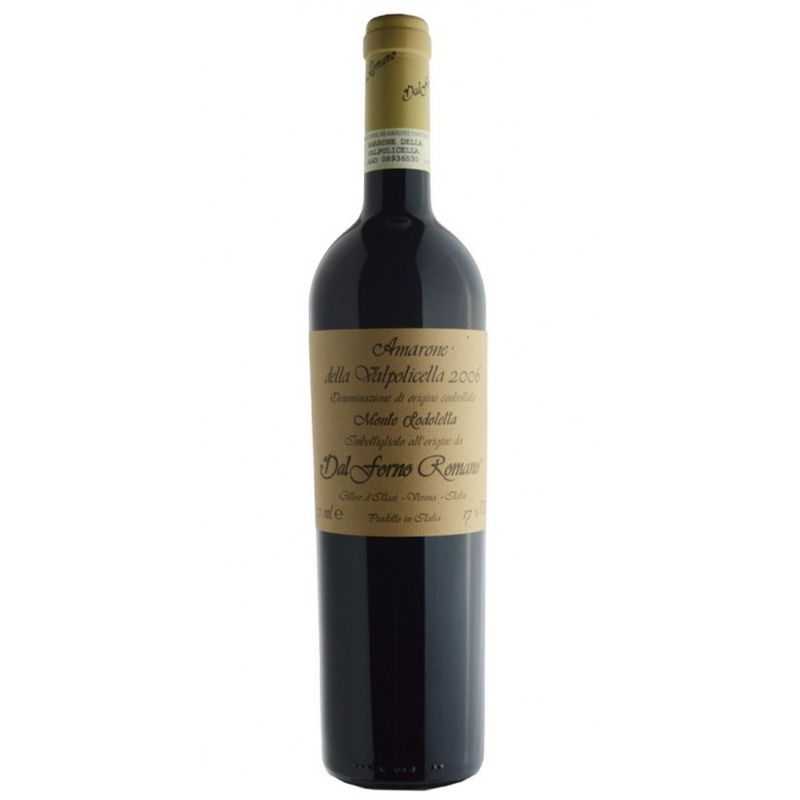 Amarone della Valpolicella DOC 2006, from the historic Dal Forno Romano company, comes from Corvina, Rondinella, Croatina and Oseleta grapes in the vast territory of Val d'Illasi, in the province of Verona.

The final product is a real masterpiece of elegance. Ruby color tending to purple, dense and impenetrable. The nose shows intense fruity aromas, with notes of coffee and tobacco. Taste with extraordinary power. It offers an ending of immeasurable and endless length.
To be paired with smoked meats and aged hard cheeses.